New Book – THE HOUSE OF YORK by TERRY TYLER

Firstly, thanks so much to the New Romantics Press for featuring my new book here – it is an honour indeed!

It’s a pleasure to support a fellow author, Terry, and we have learned so much about the publishing world through following yours and Rosie Amber’s blogs (to name but two). So, fire away and tell us all about your new novel – The House of York.

The House of York is a contemporary family drama, spanning the years 1993 – 2014. A bit darker than my previous novels, it features some dastardly secrets and a smattering of murderous intent, not to mention a couple of inappropriate relationships. The story centres around Lisa Grey, a widowed single mother from a fairly working class family who meets wealthy businessman Elias York. Enter stage left: the rest of his dysfunctional family 🙂

The story was inspired by the events of the Wars of the Roses, though it’s not an actual retelling of history, like Kings and Queens and Last Child (about the Lanchester family, modern day Tudors). I hasten to add that you don’t need any knowledge of history to enjoy this book, though anyone who knows a bit about the Plantagenet era will recognise the York brothers, and others.

I hadn’t intended to write a sequel, but my test readers all say that the massive twist at the end made them want to carry on reading, so I shall be starting that very soon; it’s already begun in my head, usually when I’m doing things like cooking (cue overcooked vegetables).

I’m thrilled that the book has already gained some very positive reviews, and even more delighted that several people started reading it the minute it was published – the biggest compliment a writer can have. THANK YOU!

If you live outside the UK, you can take a look at The House of York here:

New Romantics Press is really looking forward to reading and reviewing THE HOUSE OF YORK, Terry. You may not know this, but we live in Leicester and recently, Lizzie visited the Richard III exhibition. Here are a few photos to get you writing that sequel. A turbulent time in history, indeed. Good luck with this and all future projects. 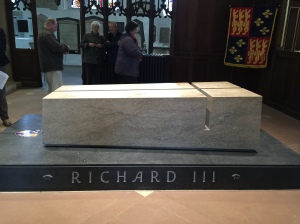 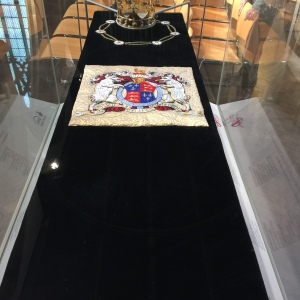 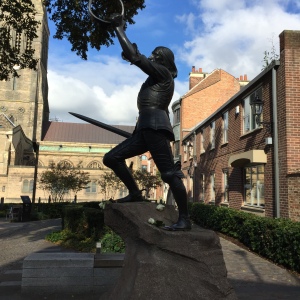 A reconstruction of Richard Third. They now believe that he had ‘dark blond’ hair and are about to change the wig to reflect this!